An Indiana superior court has determined that under Indiana law, landowners with private freight crossings have a statutory obligation to reimburse railroads for expenses incurred in the maintenance and reconstruction of such crossings. In a recent decision, the Superior Court of Johnson County sided with The Indiana Rail Road Company (INRD), who brought suit against landowners Omer and Lois Marie Sisson for the costs of reconstructing the Sissons’ private crossing in 2014 (Cause No. 41D01-1810-MI000259).

In 2013, INRD’s engineering department determined the private crossing at the Sisson property required reconstruction to ensure the continued safe use by farm equipment and passing main line trains. The Sissons refused INRD’s pre- and post-reconstruction requests to pay for the work. Though the crossing had not had any maintenance performed on it for over 40 years, the Sissons claimed reconstruction to install a timber crossing was not necessary and that INRD was precluded from performing any crossing maintenance without their consent.

INRD moved for summary judgment, arguing Indiana’s Private Crossing Statute requires railroads to construct and maintain crossings, but mandates landowners pay for such work. When the Private Crossing Statute (Ind. Code § 8-6-14-1) was enacted in 1885, it explicitly placed all responsibility for the construction and maintenance of private crossings on landowners. In 1899, however, the Indiana legislature amended the statute. The legislature did not alter the language indicating landowners were to construct and maintain private crossings, but it did add a sentence at the end of the statute stating “Provided, the railroad company shall make the crossing.”

The statutory responsibility between landowners and railroads as to who performs crossing maintenance – and who pays for it – was a matter of first impression in Indiana. INRD argued the legislative intent of the 1899 amendment was to transfer responsibility for crossing construction and maintenance from the landowner to the railroad, which has far more expertise in crossing and track engineering. However, the amendment reflected no intent to shift the responsibility of paying for crossing construction or maintenance to the railroad, which unlike the landowner, derives no benefit from the private crossing. INRD pointed the court to Indiana’s now-repealed Interurban Private Crossing Statute (enacted in 1903), which explicitly required railroads to pay for maintenance of private light rail crossings, and noted that no such language was included in the amended Private (Freight) Crossing Statute. INRD argued this dichotomy reflected a legislative intent for landowners to pay for private freight crossing maintenance.

Following oral argument, the Superior Court of Johnson County, Indiana, granted INRD’s motion for summary judgment. The court ratified INRD’s interpretation of the Private Crossing Statute, finding it permits landowners to have a private crossing, but imposes an obligation upon landowners to pay for their crossings. The court noted that in 2013, INRD gave the Sissons the option of having the private crossing reconstructed or removed. It found that because the Sissons elected to retain the private crossing, they thereby agreed to be responsible for the costs of the private crossing, including its 2014 reconstruction. The court also held the Indiana legislature intended for railroads, who have the requisite engineering expertise, to be the sole arbiters of whether crossings require maintenance to ensure safe use and to maintain the integrity of track infrastructure. 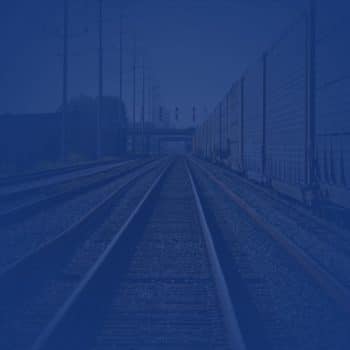